Ross and Peter ventured to Trangie Research Station to view the F1 progeny of the Macquarrie MLP (Merino Lifetime Productivity Project) 2017 drop.  These progeny will be monitored for their lifetime. The next shearing will be in October. The ewes then joined in December in one mob (rams in for 5 weeks), to lamb in May and wean in September. The lambs will be measured then sold. The focus being on the ewe’s production.

The lifetime trial has a breeding objective of a commercially viable sheep for the western slopes and plains of NSW. The sheep to not require high management inputs but be a highly productive medium wool type with emphasis on wool cut, carcase and fertility characteristics suitable for 1st cross or prime lamb dams.

Willandra’s sire “Des030” is one of the participating sires. All of the sires were chosen by the trial committee for particular and varied attributes to be monitored for the lifetime of these F1 ewes. Des030 was chosen for his classic breeding for a type which suits the trial. It was noted that his sire “Wil. Desmond” has a history of breeding true to type and where he has participated in sire evaluations his progeny have a high level of %Tops to %Culls and Des030’s progeny continued this history. 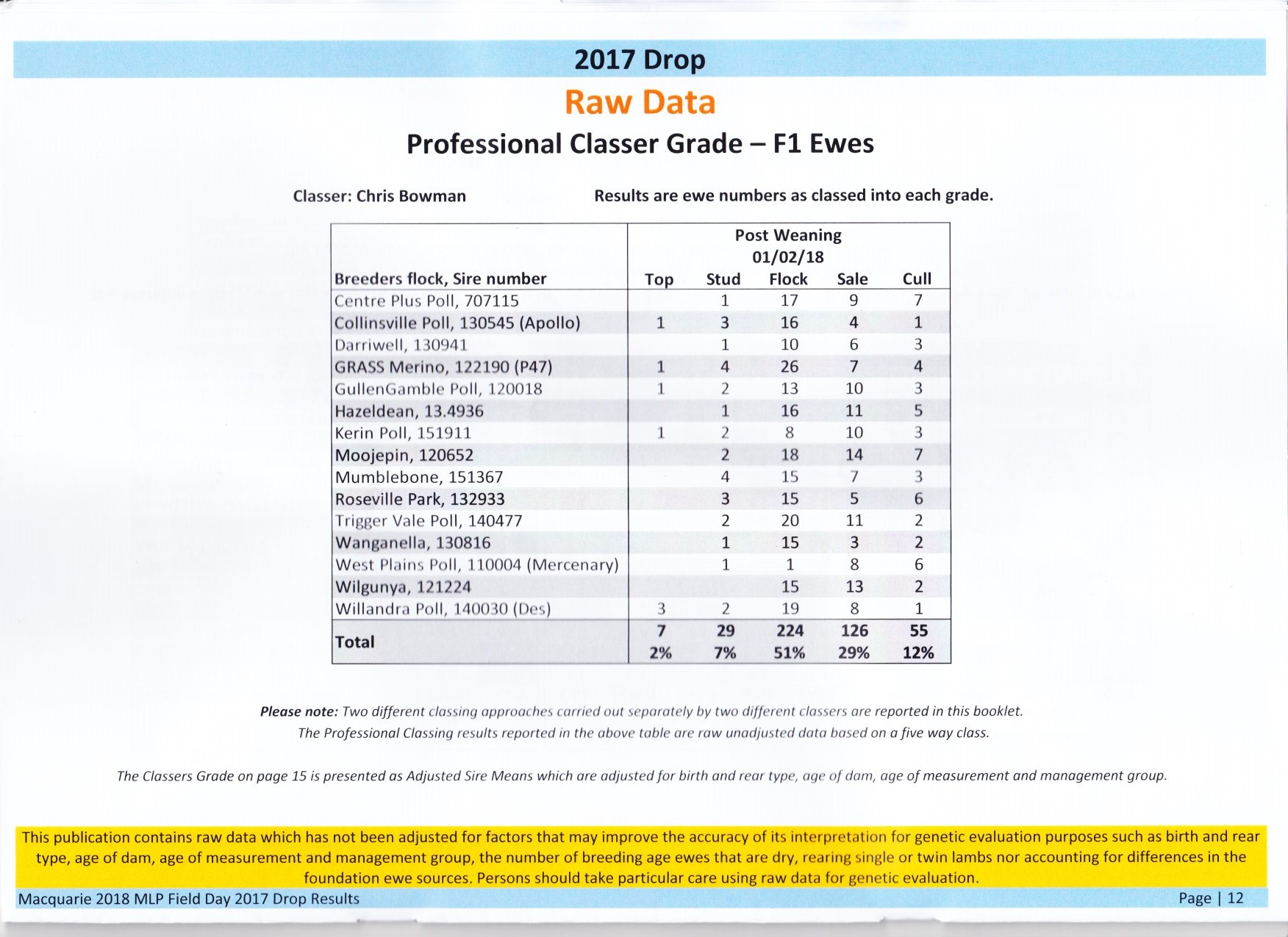 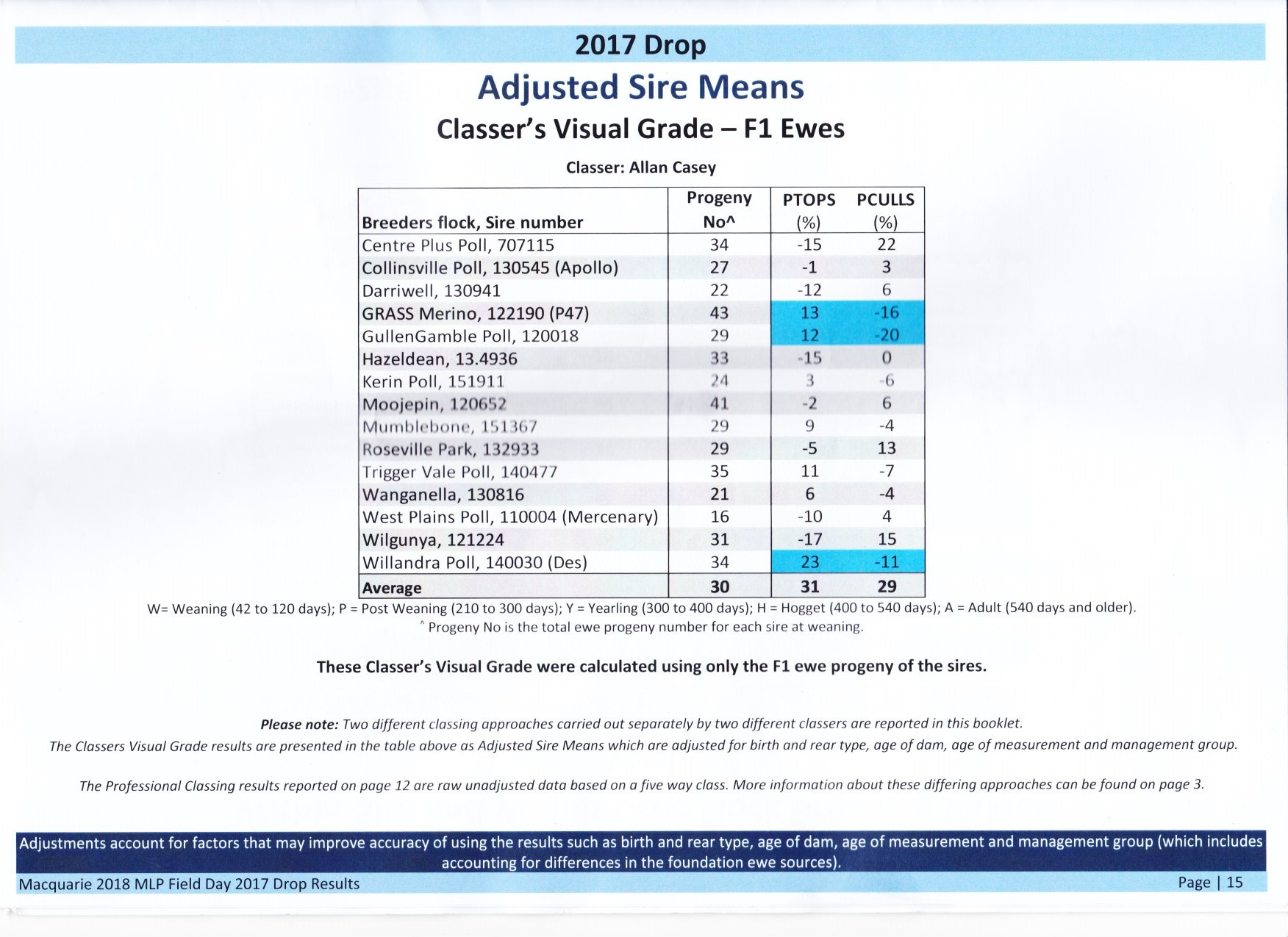 Also importantly his progeny were in the top three of two of the 4 production indexes. 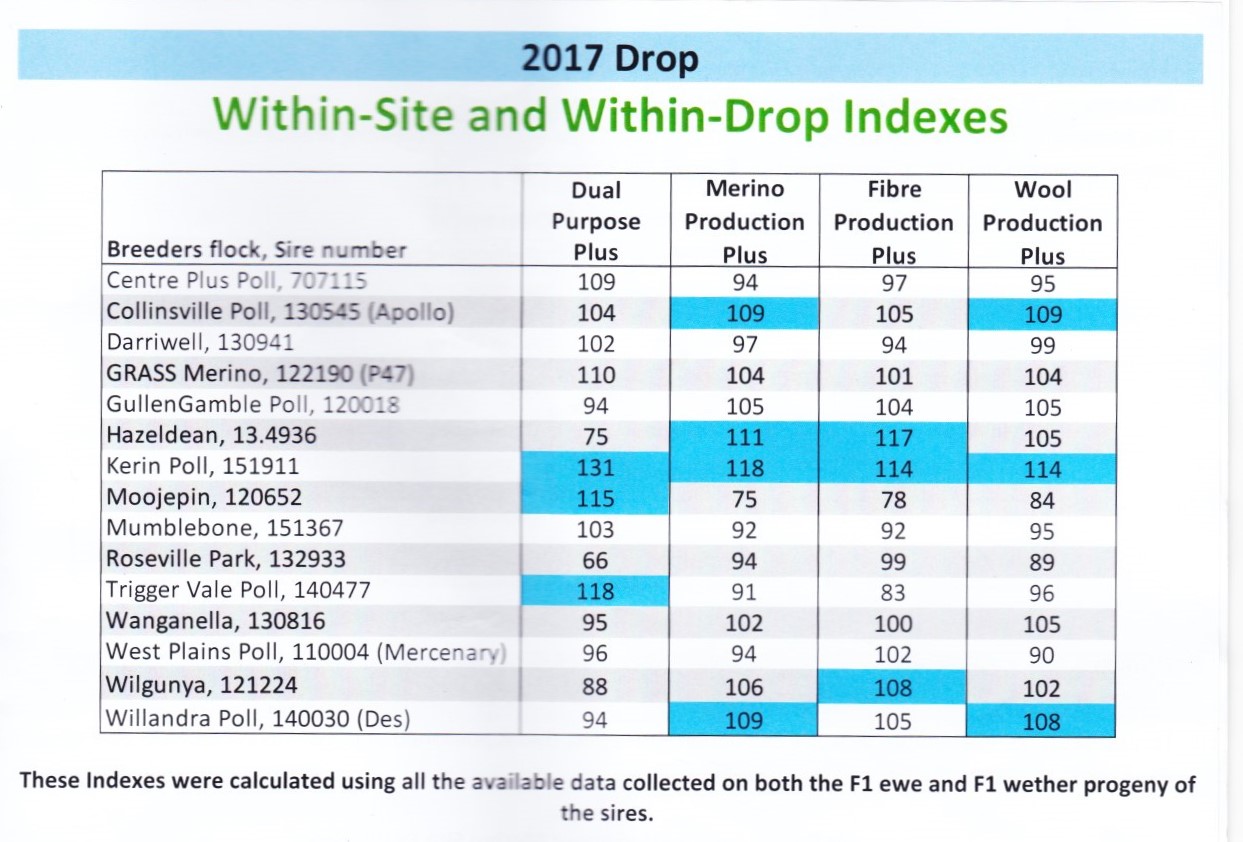 After the raw data was adjusted to equalise the variations in ewe/weather numbers, birth date and rearing type eg. born twin, reared single or reared twin, the adjusted sire means were presented. 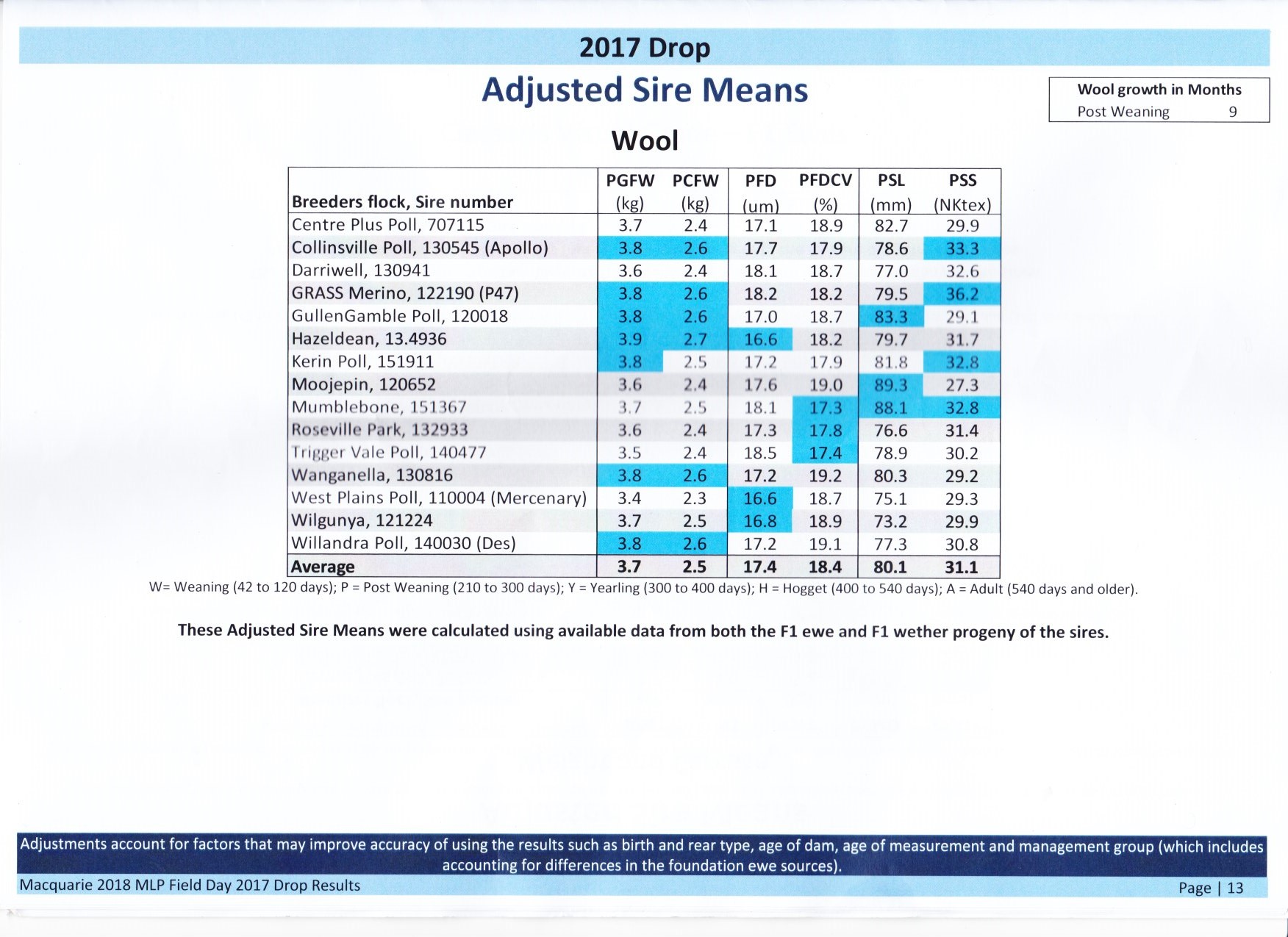 The ewe base for the site were sourced from “Towalba” and “Centre Plus” bloodlines and were allocated equally to the sires. 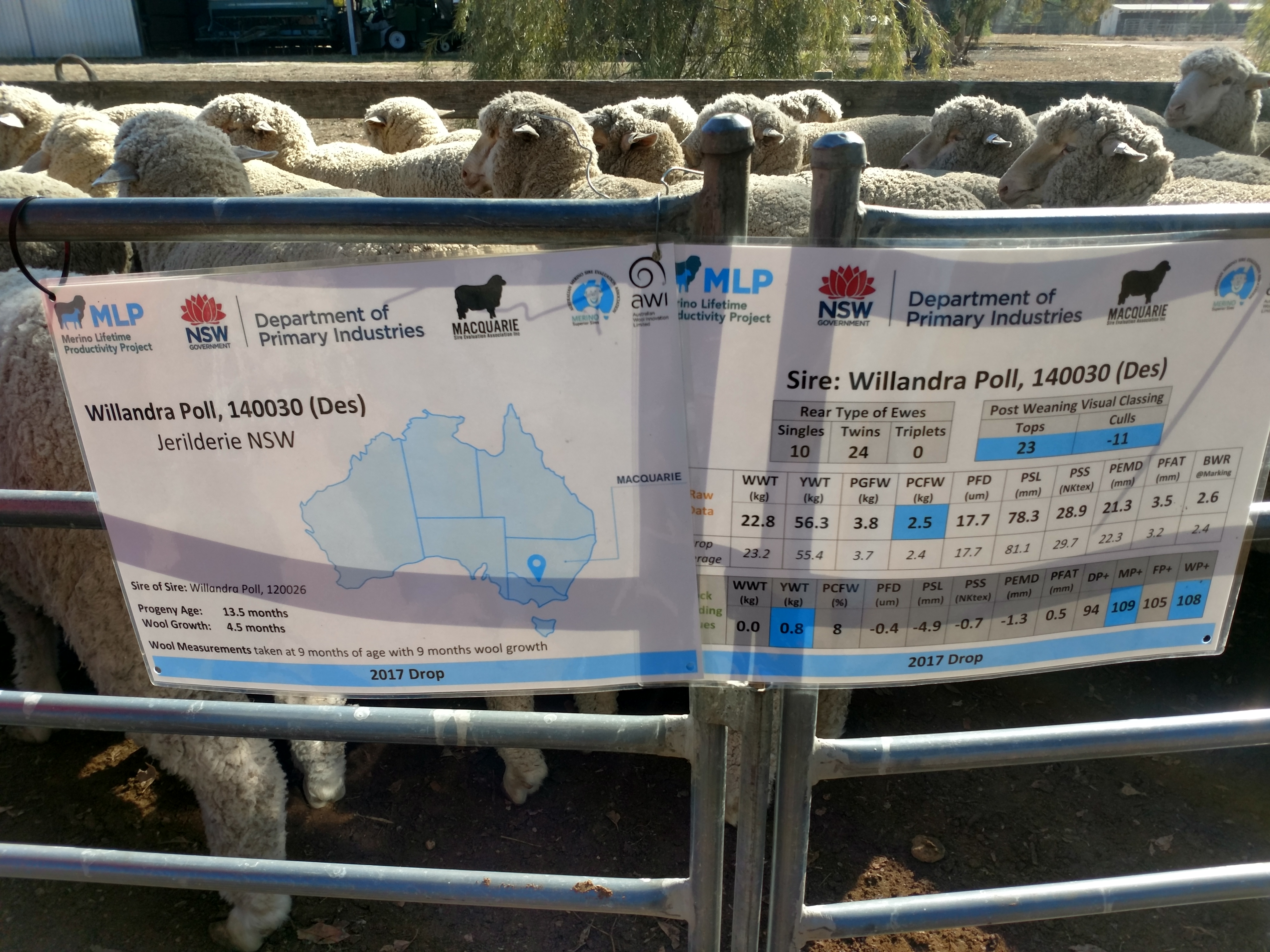