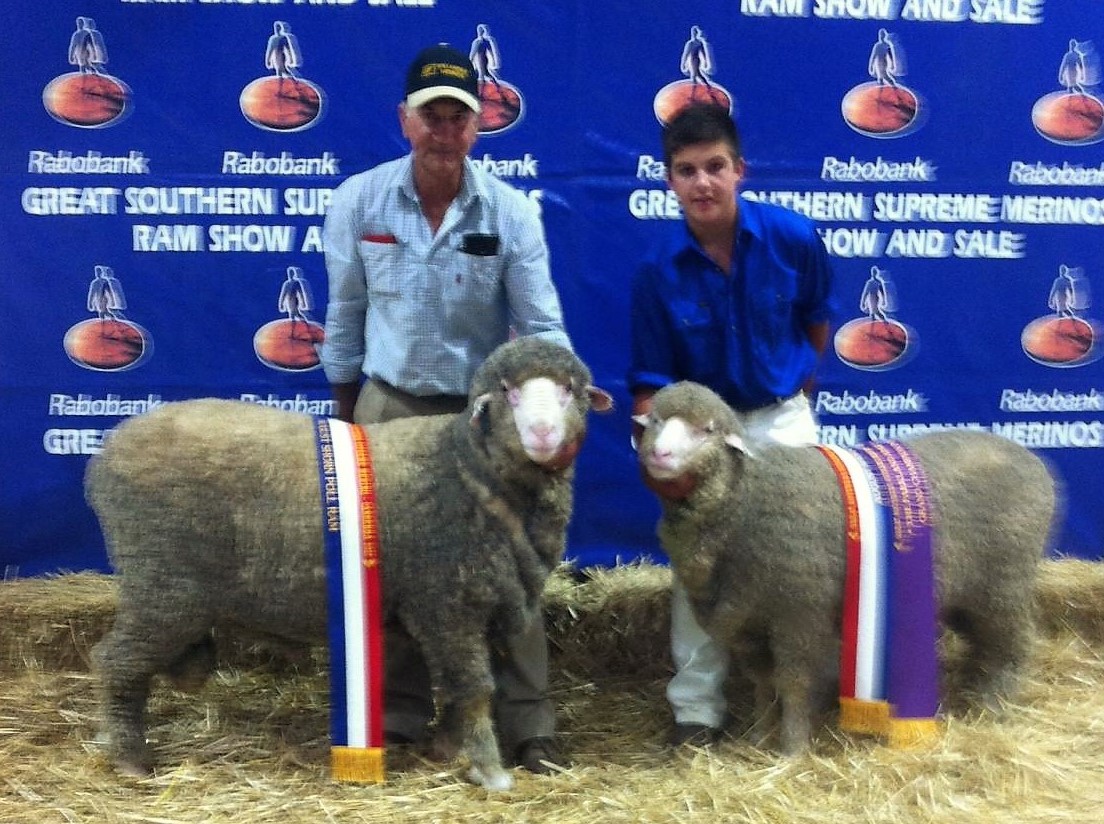 At the Rabobank Dubbo National Merino Sheep Show last September, Willandra “Federer” (Bl 059) was the March shorn fine wool Poll Champion Ram. Then he combined with Willandra “Serena” (Bl 123) [(Riverina Ewe of the Year)] to be the March Shorn Pair (Ram and Ewe). After that success the pair were shorn to August shorn regulations.

In the meantime Willandra “Federer” has been busy. He was given a run with 80 ewes for two weeks and the preg. testing results show an 80% success rate. He was also used in our A.I. program supplying fresh semen.

Semen has been sold and is available for anyone planning an autumn joining. While this ram would be suitable for most areas, he is considered to be particularly suitable for woolgrowers in higher rainfall environments. The pricing is as follows; $40/dose up to 100 and after that $30/dose.

Not to be outdone Willandra “Serena” participated in our E.T. program and produced 24 viable embryos. A stunning result! 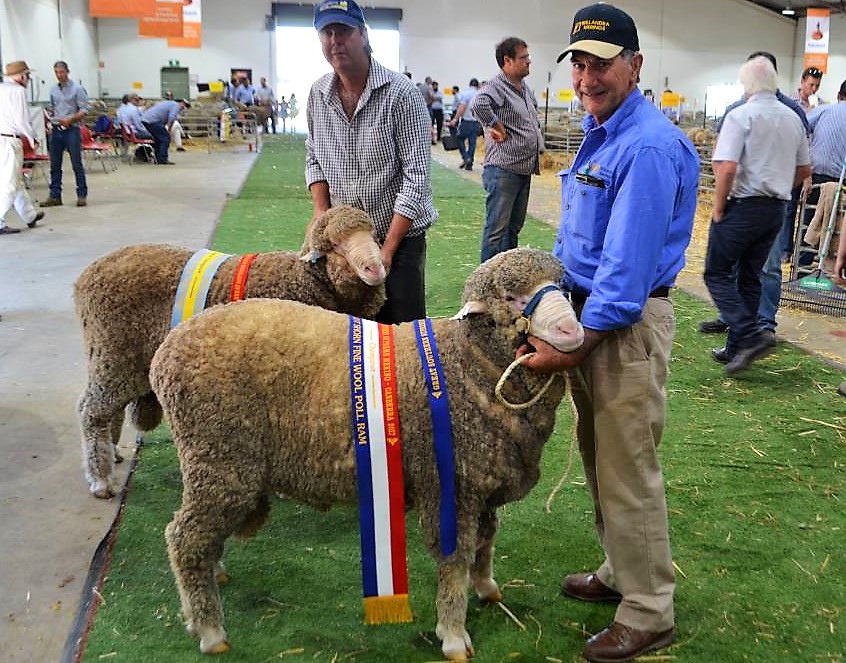